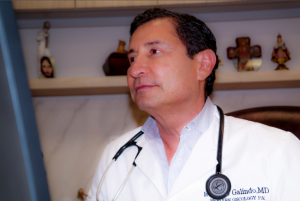 Unveiled in January, Dr. Eugenio Galindo and McAllen Oncology’s cutting edge brand new cancer center is touted to be the only facility of its kind in South Texas, boasting state of the art facilities such as a diagnostic imaging center, plus an innovative community infusion center, private suites, its own laboratory, and more. Dr. Galindo looks back on the center’s grand opening earlier this year.

“My team and I were immensely proud to welcome almost 400 patients and their families to the grand opening of McAllen Oncology’s new cancer center at the beginning of the year,” reveals Dr. Galindo of the event which took place on January 11. A veteran of the field of oncology for more than 30 years, Dr. Eugenio Galindo staged the grand opening in association with the Texas city of McAllen’s famous Chamber of Commerce.

A number of prominent figures from the city also joined current and former patients for the event. “It was a fantastic day,” recalls Dr. Eugenio Galindo of the celebration six months ago. The oncology specialist and his team, from the all-new facility, are now able to offer what he calls complete care in a truly state of the art cancer center.

“We’ve now enjoyed six months at our new location on North G Street in McAllen,” he adds of the recent move, “proudly offering complete cancer care to patients in a truly state of the art facility.”

According to Dr. Galindo, the groundbreaking cancer center represents the only facility of its kind not just in McAllen, but across the whole of South Texas. The facility’s unveiling, ribbon cutting, and grand opening at the start of the year was held in association with the McAllen Chamber of Commerce. January also marked a similar event for the area’s Rio Grande Regional Hospital which broke ground during the first month of 2019.

Established in the mid-1920s, the McAllen Chamber of Commerce’s predecessor, the McAllen Businessmen’s Club, drove much of the initial development of the city of McAllen, according to Dr. Galindo. “The McAllen Chamber of Commerce is now the largest chamber in a 15 county area,” he points out, “and is widely regarded as the most progressive, most innovative, and most cutting edge chamber in the whole region, which is great news for the city.”

“It’s fitting, therefore,” adds Dr. Eugenio Galindo, wrapping up, “that we, at McAllen Oncology, also pride ourselves on our progressive, innovative, and cutting edge approach to cancer care here in southernmost Texas.”